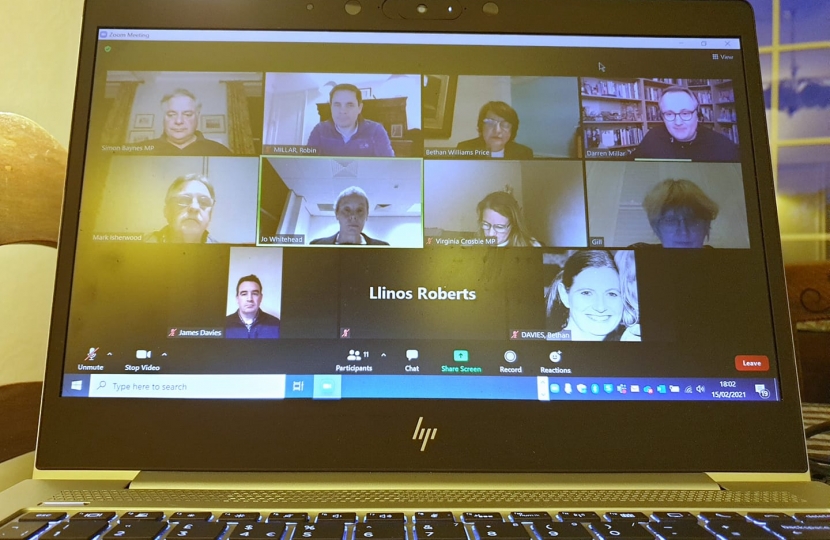 Had a great update this afternoon from Betsi Cadwaladr on the vaccine roll out in Aberconwy and across North Wales.

The first four priority group targets have been reached on time

Progress has already started on the next groups

Delivery through GP surgeries continues to be developed, especially in the rural areas

Work being done to include the community pharmacy network

My personal concern is that the vaccine goes in the right arms - and that we don't lose sight of the people and individuals behind numbers and targets* etc. Lots of vaccines in the wrong arms may hit targets, but it doesn't help those who need it most and should be first.

All in all an encouraging update and everyone offered their thanks to the Betsi team and doctors and their staff as well as the volunteers for working so hard to deliver this.

If you haven't been contacted and you think you are in a priority group, then please call the hotline on 03000 840004

WHAT NEXT?
At the end of the call we talked about the next phase, the challenge of reaching the next groups and the investment in robust systems to handle calls etc that come in.

Thank to you all for your co-operation and understanding as this has been rolled out!

*Betsi Cadwaladr confirmed the numbers they are given and the targets they work towards are set by Welsh government. The data on the Wales Immunisation System (WIS) continues to be developed and we will keep checking this.

Great news! The Llandudno Asda Store has been selected for the digital trial of Green Token Giving, which is now live! Green Token Giving is a key part of Asda Foundation’s grant giving programme. Unfortunately, this voting was paused in-store due to Covid-19.