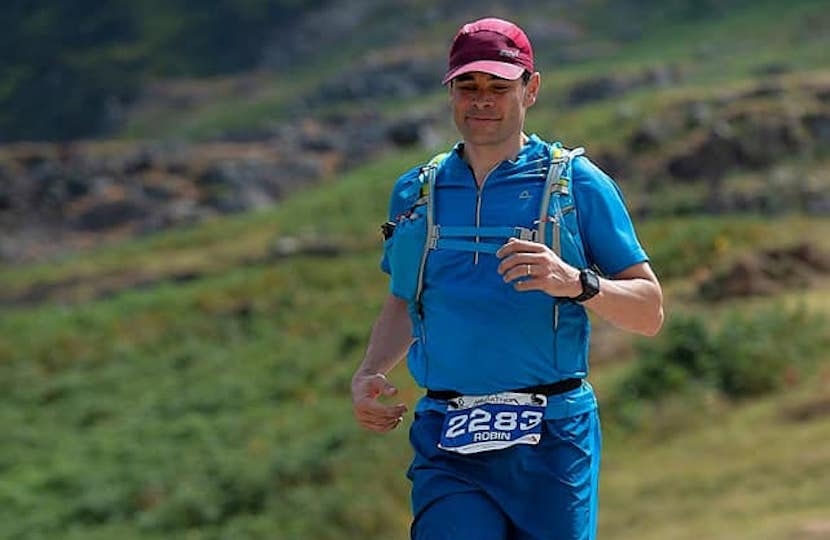 Robin Millar was born and raised in Bangor. His father was chairman of the Bangor Branch of the old Conwy Association and he still carries the rosette Wyn Roberts MP gave him for helping with the “Win with Wyn!” campaign during the 1974 general election.

After school in Ysgol Friars, Robin graduated in engineering before his wife’s work as a leading equine veterinary nurse took them to Suffolk.

He worked in Cambridge, Russia, the Netherlands and USA as an engineer and businessman before working on social policy, health care and public sector reform.  He has been Deputy Leader and Cabinet Member on two councils, started an assisted reading programme in local schools and is co-founder of a small charity investing in young people.  He was selected as the Conservative Parliamentary candidate for Aberconwy in November 2019.

Robin takes part in triathlons, trail running and together with his wife they enjoy walking their two dogs and renovating their house in Snowdonia.

"As an engineer, entrepreneur and businessman I know British endeavour, skills and ideas can lead the way. We need to get Brexit done so we can get on with the challenges we face as a country and here in Aberconwy."

Robin was elected Member of Parliament for Aberconwy on 12th December 2019.