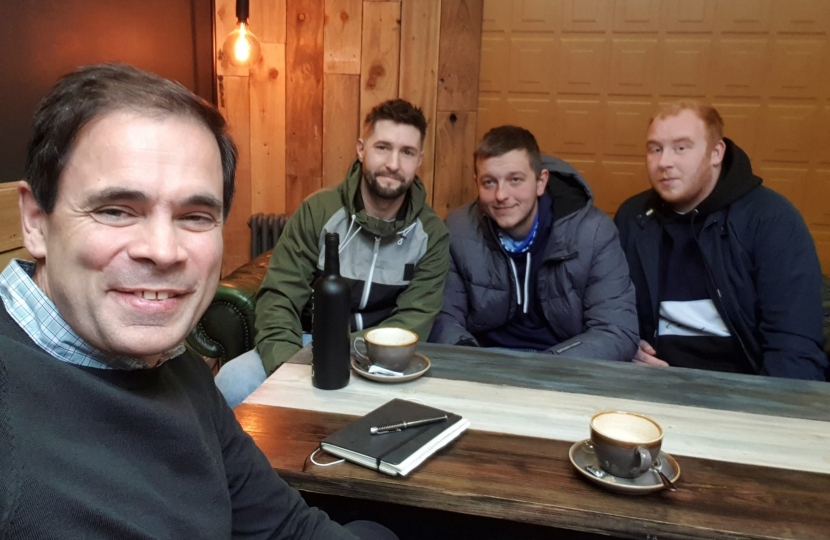 During a debate in about Wales’ contribution to the UK Armed Forces, Robin took the opportunity to pay tribute to Aberconwy’s veteran community, along with the charities that are operating locally in their support.

Speaking in the debate, Robin said: “I cannot speak today about Wales’s contribution to the armed forces without speaking again about Welsh veterans. I am proud to say that in Aberconwy we have many, and we are home to several inspirational charities that offer support. It has long been recognised that active military service has the potential to adversely impact mental health and wellbeing, with physical, mental and emotional symptoms commonly reported by veterans.”

Continuing, Robin said: “Concerns regarding impaired health and wellbeing have achieved a high profile recently. I want to take this opportunity to thank the veterans of Aberconwy for their years of service to the United Kingdom. I also wish to pay tribute to organisations throughout Aberconwy that work in their support, including the Royal British Legion, Blind Veterans UK and Homes for Veterans Cymru-Alabaré.

“Those are established, but on Saturday I had the extra pleasure of meeting a new initiative—the Military Minds football club. The founders—David Owen, Ryan Davies and Kyle King—and I sat together in Llandudno. They have set up that new charity football club to help veterans, and I have no doubt that this initiative will provide support in the months and years ahead. As someone who is passionate about football and about supporting our armed forces and veterans, I will follow their adventure with interest.”

If you would like to help Military Minds FC in any way then please contact Robin at robin.millar.mp@parliament.uk

You can watch Robin's speech in full by clicking here: https://www.robin-millar.org.uk/news/wales-contribution-armed-forces

Robin was very pleased that councillors on the Conwy County Borough Council Licensing committee have voted to reject an application by Network Rail to close Footpath No. 73 in Deganwy.  (Glan y Mor Road crossing or Fon Tom)