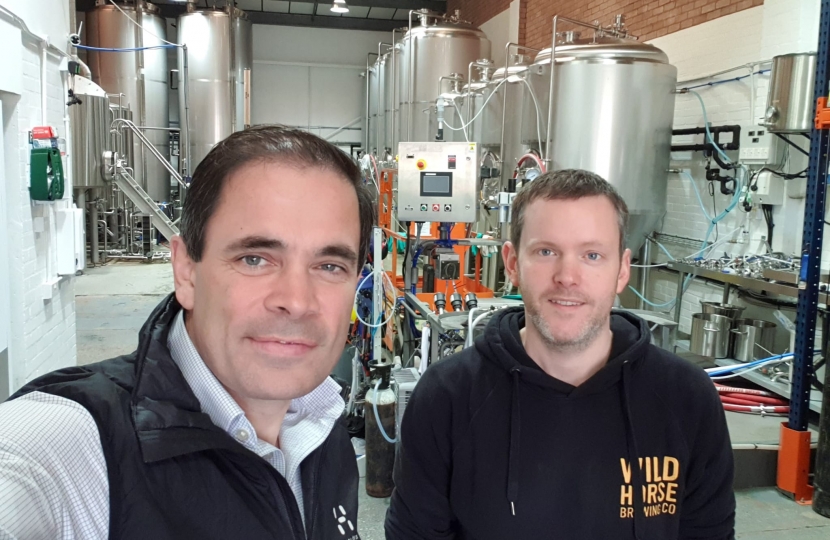 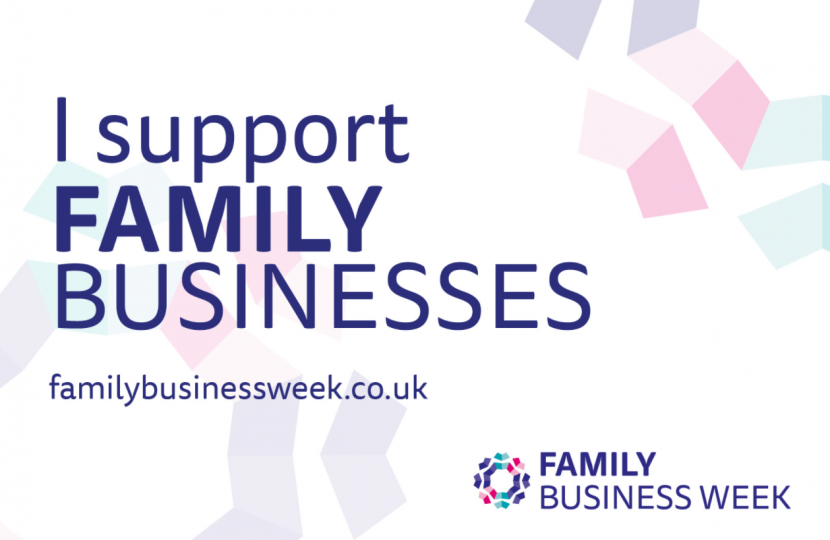 On Saturday I had the pleasure of meeting with Dave Faragher, owner of Wild Horse Brewing Co, an entrepreneurial family business in Llandudno. Dave and his wife are from the Llandudno area. They founded the brewery in 2015 when they returned to Llandudno after a period of living and working in Canada.

I was pleased to hear that the UK Government’s Coronavirus Job Retention Scheme (furlough) helped them to avoid making redundancies during the pandemic and I was also delighted to learn that they have taken on two apprentices under the Government’s Kickstart Scheme. It was clear from talking to Dave that his commitment is to the people and place of Llandudno – and is keen to keep growing the business here.

We also discussed the UK government reforms to alcohol duties, along with the cancellation of the planned rise in beer duty, that were set out in the Budget. Much of this will help pubs and smaller brewers.

However, it was also announced that the 2023 beer duty reduction will only apply to kegs over 40 litres, which limits its impact on much of the craft and microbrewery sector. Most craft breweries (including Wild Horse) package keg beer in predominantly 30-litre kegs – sometimes less (especially for higher strength beers).

The visit was also an education in beer making (what very small amount of expertise I have is in the drinking!) and growing a business. Dave has done really well with his wife and backers, building a local team and strong local market.

I am determined to do all that I can to support businesses here in Aberconwy. Including our many pubs and small brewers like Wild Horse. I agree with Dave that including 30-litre kegs in this duty reduction will be helpful. I actually raised this in person last week with the Chancellor, Rishi Sunak MP. I’ll continue to work with the Chancellor and the Treasury team to secure this inclusion.

Thanks Dave for an enjoyable and educational visit!