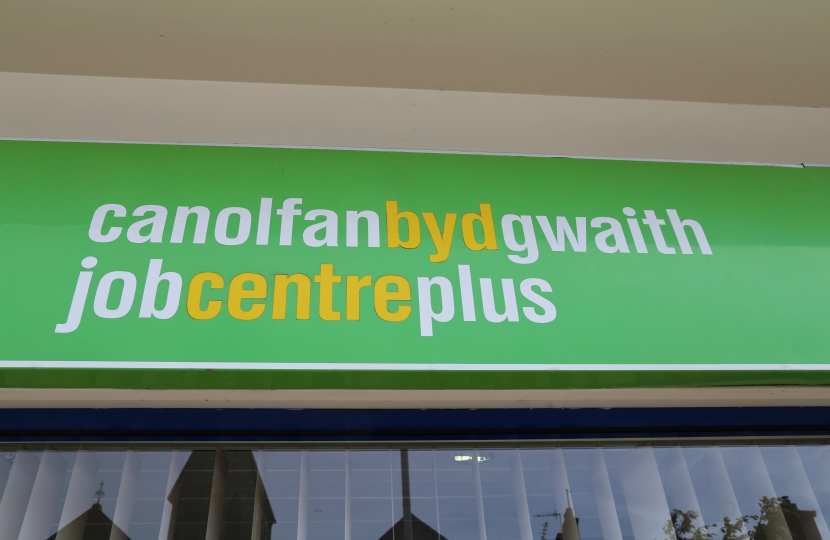 Robin Millar, the Member of Parliament for Aberconwy, is joining Britain’s train companies in promoting the use of a half price rail discount card to get more jobseekers back on track and into work. New research shows that journeys made using the card have dropped by 3,300 in Wales since the start of the pandemic, meaning that thousands of jobseekers could be missing out on major savings.

The Jobcentre Plus Travel Discount Card gives holders a 50% discount on journeys throughout Britain and anyone claiming Jobseekers Allowance or Universal Credit for between 3 and 9 months (18-24 year olds) or 3 and 12 months (over 25s) can apply through their Work Coach and local Jobcentre Plus.

The drop reflects a national trend which has seen usage of the card drop by over a third in the months March 2020-October 2021 – with over 62% of journeys taken using the card in London and the South East. With new unemployment figures out this week which show 58,000 people remain out of work in Wales, including 1,330 people in Aberconwy, Robin is working with the Rail Delivery Group and Jobcentre Plus teams to further promote the card across the rest of the country. Last year, jobseekers saved a total of £1.5m using the discount available to them.

“Vacancies are also at a record high – an issue that is creating challenges for many businesses here in Aberconwy. Last month I hosted a round table discussion with several Aberconwy businesses and Mims Davies MP, the Employment Minister, and the cost of travel was one of the main obstacles cited in helping jobseekers into work – especially given the rural nature of much of Aberconwy and North Wales. With the rail network connecting communities across the North Wales coast and through Dyffryn Conwy the Jobcentre Plus Travel Discount Card can help provide significant extra support for anyone eligible who is looking for work. I’m encouraging all eligible jobseekers to speak with their work mentors to take advantage of this discount rail card.”

“Over 700,000 journeys were made during the pandemic by people using the Jobcentre Plus Travel Discount Card, including 5,600 in Wales, but with the world of work opening back up and new opportunities becoming available, we want to encourage even more people to take advantage as they look to secure new jobs. The railway is a key part of Britain’s clean and fair recovery, and this discount card is yet another way that train companies are helping the country to bounce back.”