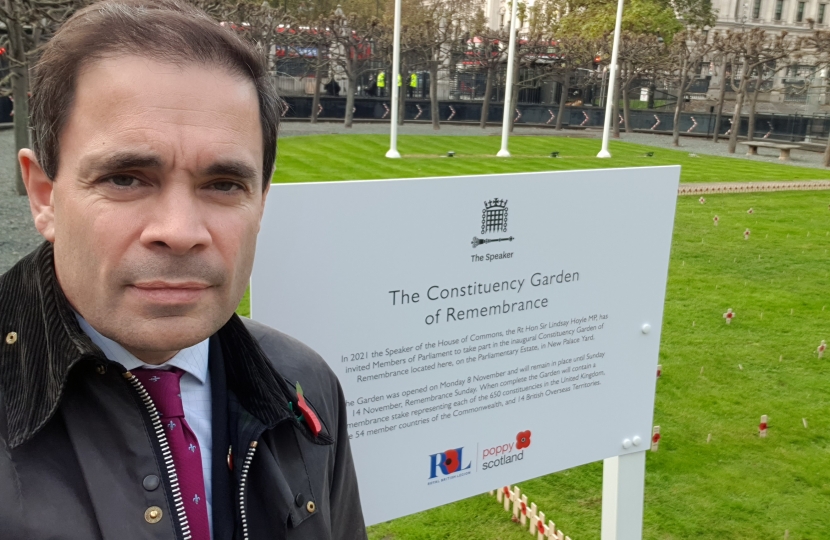 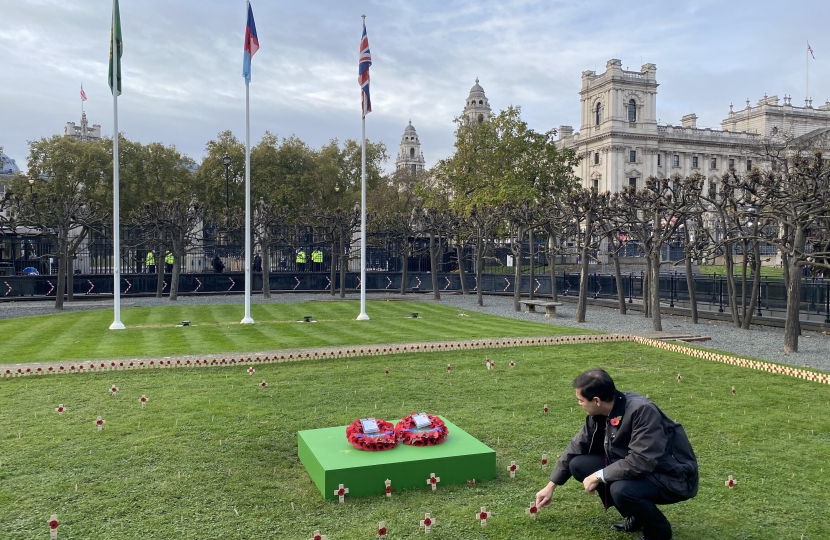 This year has seen the opening of the first Parliamentary Garden of Remembrance. The Garden provides MPs with an opportunity to participate in an act of Remembrance on behalf of their constituency by planting a wooden Remembrance tribute in commemoration of those who serve, or have served, in Her Majesty’s Armed Forces.

I am hugely grateful to Adrian at Llandudno’s Home Front Museum who told me about the tens of thousands of soldiers who trained within the boundaries of Aberconwy during the First World War and about the personal story of Ivor Jones and his wife Ann. It was a privilege to plant a stake on behalf of Aberconwy today and in dedication of the memory of Ivor and Ann.

From the Royal Welsh Fusiliers at Llandudno, the Royal Engineers at Deganwy, Llandudno Junction and Betws y Coed to the Lancashire Fusiliers at Conwy Morfa and Penmaenmawr, tens of thousands of soldiers trained within the boundaries of the Aberconwy constituency during the First World War.

Whilst there most were not billeted in tented encampments but were accommodated in boarding houses and family homes where friendships were forged and relationships started. Amongst the 6000 Royal Welsh Fusiliers staying at Llandudno was Ivor Jones of Pontllanfraith, Monmouthshire. He volunteered for the army in the autumn of 1914 and was sent to Llandudno to join the 16th battalion, Royal Welsh Fusiliers which was raised in the seaside resort in November 1914.

While in Llandudno Ivor met local girl Ann Harrison Williams of Craig-y-don and they married at Llandudno’s Holy Trinity Church in November 1915, shortly before he left for the Western Front in December that year. At the Battle of the Somme in July 1916, Ivor was wounded during the offensive on Mametz Woods - an assault primarily carried out by men of the 38th Welsh Division - and was admitted to a Casualty Clearing Station with severe injuries to his leg. He was later evacuated to a military hospital at Rouen where he succumbed to his injuries on 15th July 1916. The 22-year-old is buried at St Sever Cemetery and commemorated in perpetuity by the Commonwealth War Graves Commission. In May 1916, Ann gave birth to their daughter Elizabeth May but tragically Ivor died before getting the opportunity to meet her.

For many years soldiers who survived the war continued to keep in touch with their host families back in north Wales, thankful for the kindness and hospitality shown to them while they were in the locality. 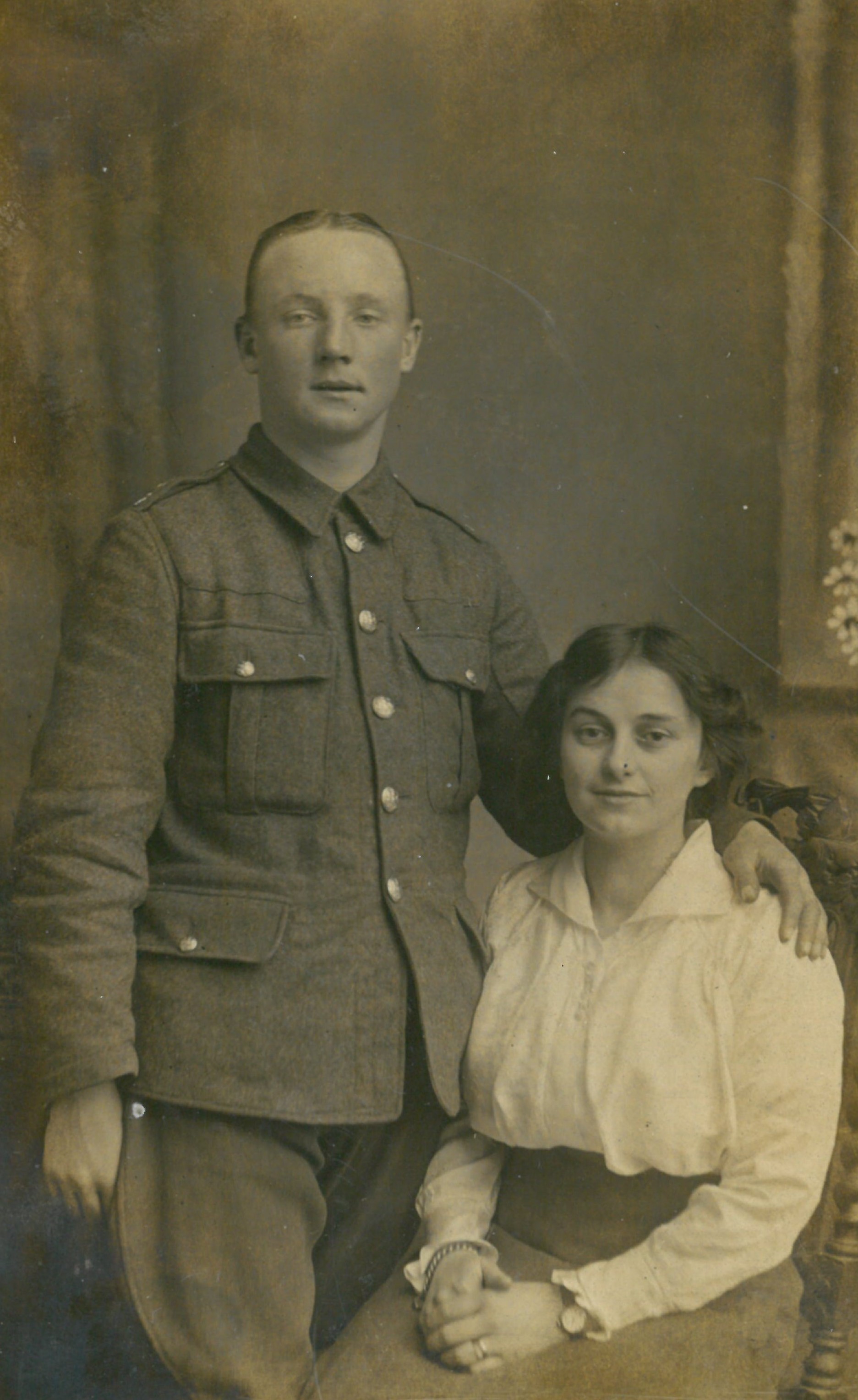