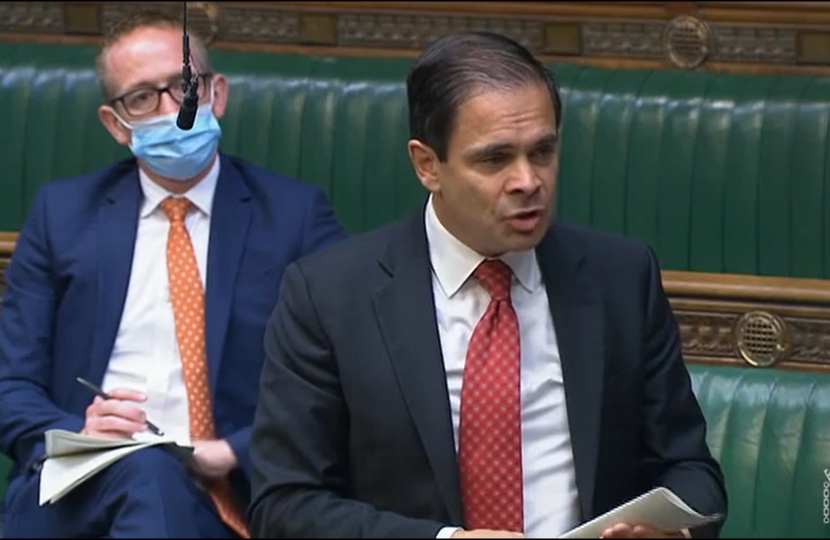 On Thursday 22nd July Robin had the opportunity to support his fellow MP, Virginia Crosbie from Ynys Mon who is seeking amendments to the Protection of Livestock Act.and to share the experiences of Dan Jones from the Great Orme whose flock of sheep at Parc Farm has been subject to a number of these attacks.

The Minister has agreed to meet with Robin and his North Wales colleagues to discuss this further and Robin will post an update after that meeting which is now likely to be in the autumn.

What steps he is taking to help tackle livestock worrying.

The Parliamentary Under-Secretary of State for Environment, Food and Rural Affairs

New measures to crack down on livestock worrying are being introduced as part of the Animal Welfare (Kept Animals) Bill. They will expand species and locations covered, and will enhance enforcement. Improved powers for the police will make it easier for them to collect evidence and, in the most serious cases, to seize and detain dogs.

Farmers in Aberconwy have been speaking to me about the threat that dogs out of control pose to livestock. Dan Jones, who farms the Great Orme above Llandudno, told me just yesterday about how five ewes were killed in two attacks in just one day. This week, I was pleased to support my hon. Friend the Member for Ynys Môn (Virginia Crosbie) in her Bill to amend the Dogs (Protection of Livestock) Act 1953, because this is a UK-wide problem. Will the Minister meet her, me and other north Wales colleagues to discuss how we can strengthen legislation further to deal with this menace?

I would be delighted to meet colleagues to discuss this important subject. New measures in the Bill specify that a dog will be considered to be at large unless it is on a lead of less than 1.8 metres or the dog remains in sight of the owner, who is aware of the dog’s actions and is confident that the dog will return if called .It is important that we continue to work on these details to get this absolutely right.

You can watch Robin speaking here:

Robin Millar, Member of Parliament for Aberconwy, has used a debate in Parliament to mark Back British Farming Day as an opportunity to pay tribute to our local farmers and to thank them for all that they have done throughout the pandemic and for their invaluable contribution in protecting our en