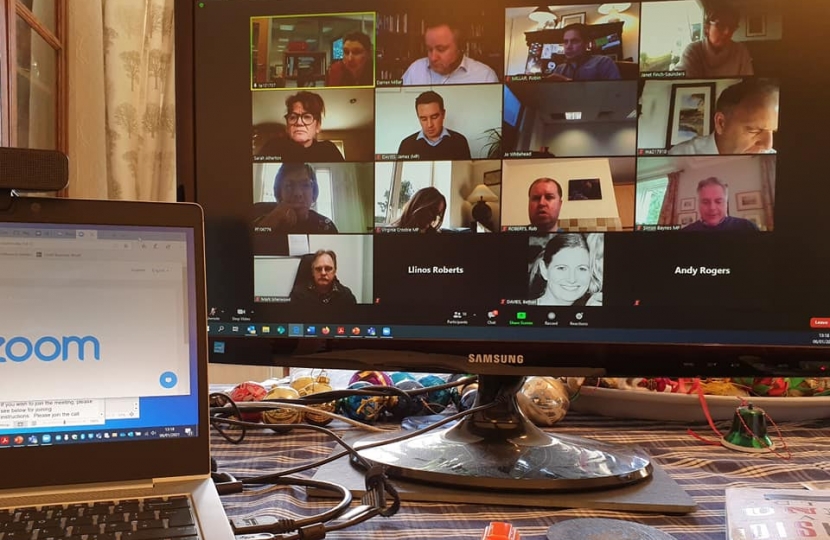 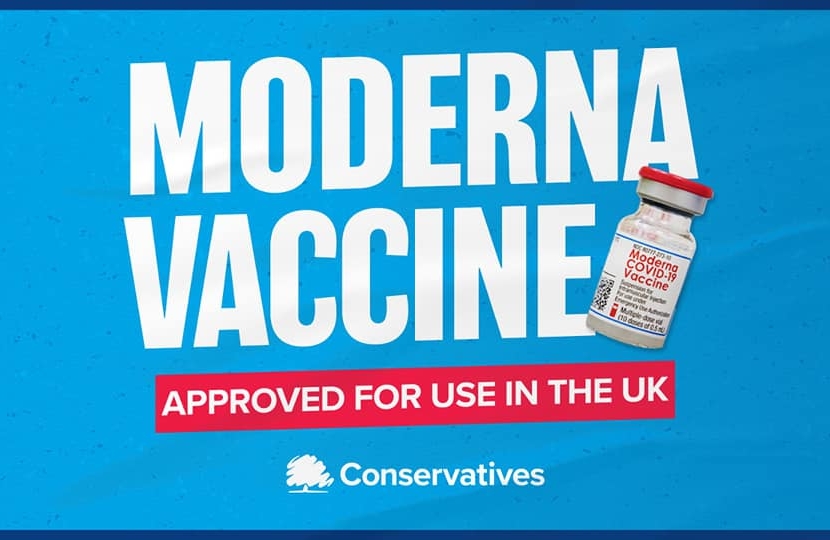 This week I've spent a lot of time on the COVID-19 vaccine roll out here in Aberconwy and across North Wales.

You may be aware of local difficulties (such as long queues at our Venue Cymru Centre) but do be reassured that vaccines are being administered (over 6000 doses have been injected so far!) One of the pictures I have included shows an early breakdown of vaccines administered by priority group.

If you are in a priority group you WILL be contacted by the health service or your GP.

If you are in a priority group and are concerned or have a problem you can call my office during working hours and we'll do what we can to help (01492 583094) .

The good news of course is that the government's actions back in March ensured the UK has been faster than most to roll out the vaccine.

Today a THIRD vaccine has been approved for use which will further increase volumes available for delivery.

However, one month into the UK roll out and it has concerned me to see that Wales has been slipping behind the rest of the UK.

Even more alarming, north Wales is the slowest part of Wales to get the vaccine out to our most vulnerable residents. The circled figures in the blue highlighted table - data from 27th December - show this.

To put this in perspective we still have delivered more vaccines than France, but we shouldn't be so far behind the rest of the UK.

As a result I had a zoom call this week with my colleagues, the chairman of the Betsi Cadwaladr Board, the new Chief Executive and members of her team, including the Director of Public Health.

On that call I shared the concerns you have raised with me and wanted to know:

- Why has local roll out been slow?

- What are the factors here across Wales which were slowing things down?

- What help could we as MPs give to Betsi to help them overcome them?

Betsi went through their plan for the next four weeks. I was reassured that:

The supply of vaccine is not a problem. Wales is getting its fair share of vaccine and thousands of doses have been administered to patients across North Wales so far.

The Betsi team has a firm plan in place (for these next four weeks) to deliver to our most vulnerable residents.

Residents will be contacted when the vaccine is available for them

Centres are operating from 8am to 8pm - and GP surgeries are aiming to deliver up to 100 vaccines a day.

We were told about local difficulties such as staffing and that these are now being addressed.

Some local deliveries were also affected but more vaccines (over 12,000) have been delivered to Betsi Cadwaladr this week.

The local GP network is also being rolled out. Inevitably, capacity and timings will vary across North Wales as this system beds in. If a friend registered with another practice says they have received a vaccine ahead of you - don't worry, yours is on its way!

One particular area of concern I identified was the Wales wide IT system being used to hold data ("Wales Immunisation System"). This was only commissioned last summer and is still being completed - which is causing problems, inaccuracies and delays for staff doing the vaccination.

This is very concerning. Frankly, it is not the first time this has been a problem (shielding lists, food packages and more were also a problem earlier in this pandemic). Sometimes the smart thing to do is just ask for help, not insist on doing it a Welsh way.

As it is, all Betsi/GP staff can do is try their best to make this work locally - even if this means they must fill out spreadsheets or send handwritten details into the central hub.

My colleagues and I raised these concerns (many you have shared with me in your emails and calls) and were very clear with the Betsi team about them. In fairness they are also clear about the challenges and have been working hard at them.

We also offered whatever assistance we could in arranging more supplies, help with delivery etc.

A promise of daily information has been made and a follow up meeting is being set in a fortnight.

We mustn't forget of course that the Betsi teams are also still busy looking after covid patients so delivering vaccinations is another challenge for an already stretched team.

Many people have volunteered which has been a great help. If you would like to volunteer, look on the Betsi website or call my office on 01492583094 and we'll point you in the right direction.

So my thanks go out to all those working hard to contact people, get them safely to their GP/centre (like Alpine Coaches) and make sure they get the vaccine safely when they arrive.

This is a huge effort with so many different parts and people to coordinate. As your MP I will keep asking and questioning and helping where I can to make sure we get the best level of service here in Aberconwy and North Wales.

And we can all do our bit to help by following the guidance: staying home, washing hands, wearing a mask and socially distancing.

We will get through this.

We hit an important milestone this week: the number of vaccinations administered to residents across north Wales by Betsi Cadwaladr (32,264) has passed the number of confirmed cases here (27,934) since the start of the pandemic.