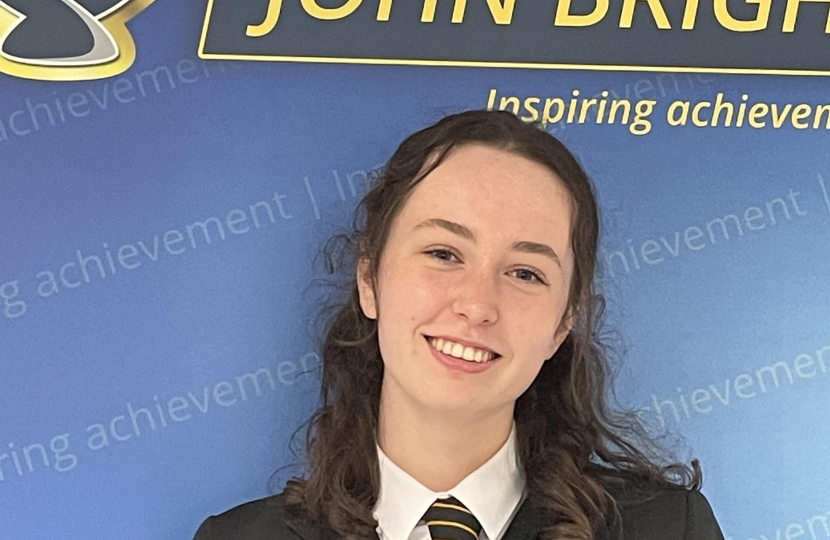 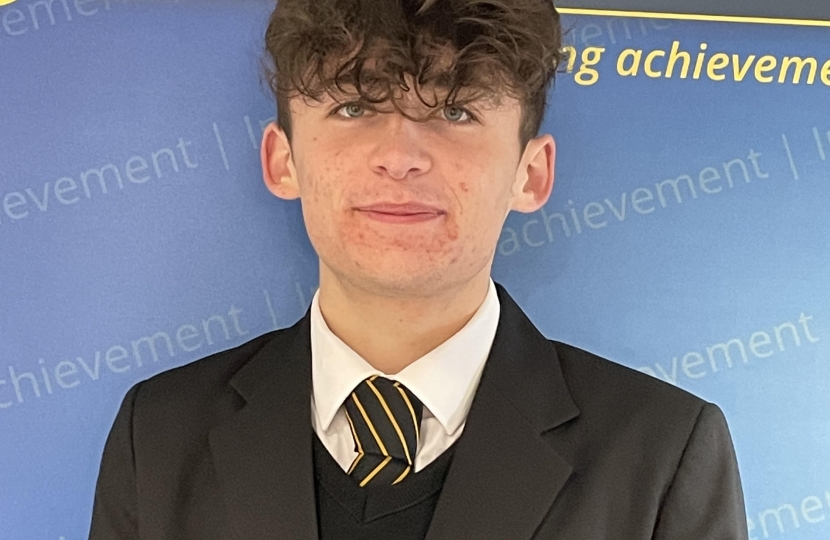 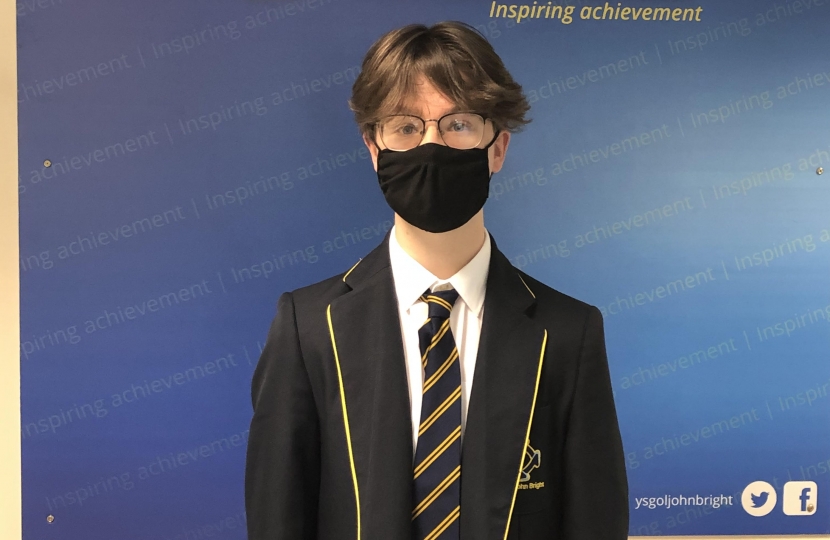 The Prime Minister, Boris Johnson has today praised Ysgol John Bright students Evie, Jonas and Saul and delivered a message of thanks to young people “for what they have put up with” during a year of living with lockdowns.

The comments came in response to a question from Aberconwy MP Robin Millar, in the weekly Prime Minister’s Questions session in parliament.

Millar who has represented Aberconwy since December 2019 held a roundtable discussion earlier in the week with young people to discuss their experiences of twelve months of lockdowns and praised them for being:

“very articulate about the challenges they have overcome and their concerns for the future – finding a job or starting at a new university.”

He asked the Prime Minister:

“Does [he] have a message for Evie, Jonas, Lauren and Saul and young people who were looking to their future and a life after lockdown?”

In his response the Prime Minister also offered an apology:

"for how difficult it has been for their generation. I don’t think any group of young people can have sacrificed so much in our lifetime.”

“These students impressed me with their resilience and “can do” attitude in the face of continuing lockdowns. I am sure they appreciated the Prime Minister’s heartfelt words.

“It was terrific to speak with them even though we didn’t agree on everything when we spoke! There is a statue of John Bright in Parliament and I’m sure he would be delighted that democracy and debate is alive and well with students at the school that bears his name, here in Llandudno.”

The National Insurance Contributions Bill was introduced on 12 May 2021. The Second Reading was held on 14 June 2021. The Bill, with its explanatory notes, is published on the Bill’s page on Parliament.uk, which also provides details of its parliamentary progress to date.