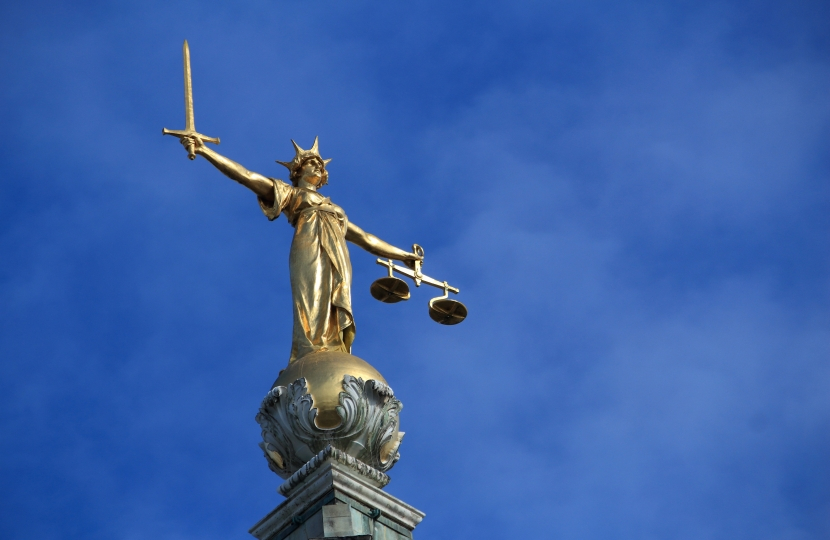 Aberconwy MP Robin Millar has welcomed the reforms to the Legal Aid system that were announced in Parliament last week.

“Government has a vital role looking out for the weakest and most vulnerable in society. I have been very concerned about historic cuts to the Legal Aid budget for some time. In 2007, just a quarter of the British population was eligible for legal aid and further reductions have put access to our world respected legal system out of reach for many. These are often ordinary, hard working families who needed to take on everyday problems with bad employers, bullying landlords or poor public services. Alarmingly, 72% of legal aid clients are from minority ethnic backgrounds. This had to be corrected.”

“I am very pleased that the government commissioned an independent review of the system by Sir Christopher Bellamy QC. I am even happier that an extra £135 million will now be spent on the sector every year to match his recommendations. When added to the extra £200 million each year to speed up the courts system, it will bring total taxpayer funding for criminal defence to £1.2 billion a year.”

“The reforms announced by Lord Chancellor and Justice Secretary will also make the legal aid system fairer. For too long our Legal Aid system has been abused by law firms preying on the weak and vulnerable. I am pleased that these reforms will mean more support gets to those who need it most. Proposed changes will open up access to civil legal aid for around two million more people and will remove the means test altogether for some applicants.”

The reforms to the Legal Aid means test will be achieved by raising the income and capital thresholds for legal aid. This means that over 2 million more people in England and Wales will have access to civil legal aid and 3.5 million more will have access to criminal legal aid at the magistrates’ court. For the first time ever, legal representation will be made free for all under-18s and parents challenging doctors over withdrawal of their child’s life support, as will legal help for families at inquests where there has been a potential breach of human rights.