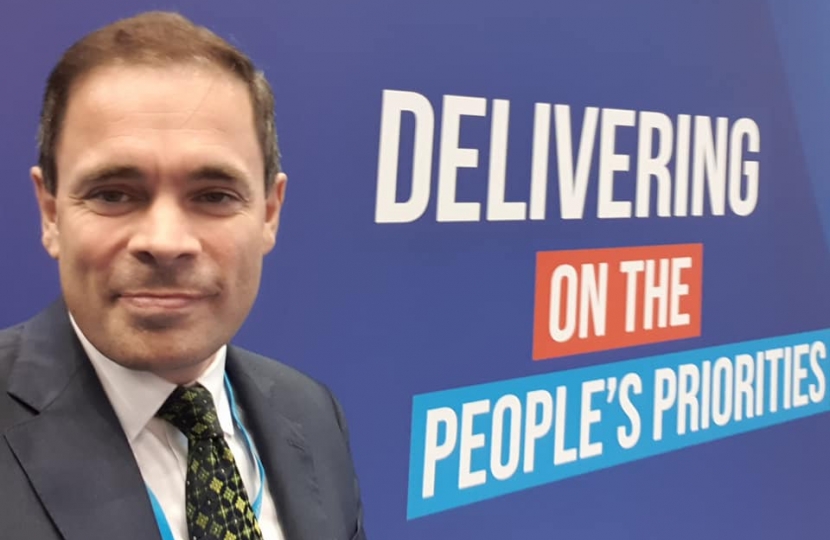 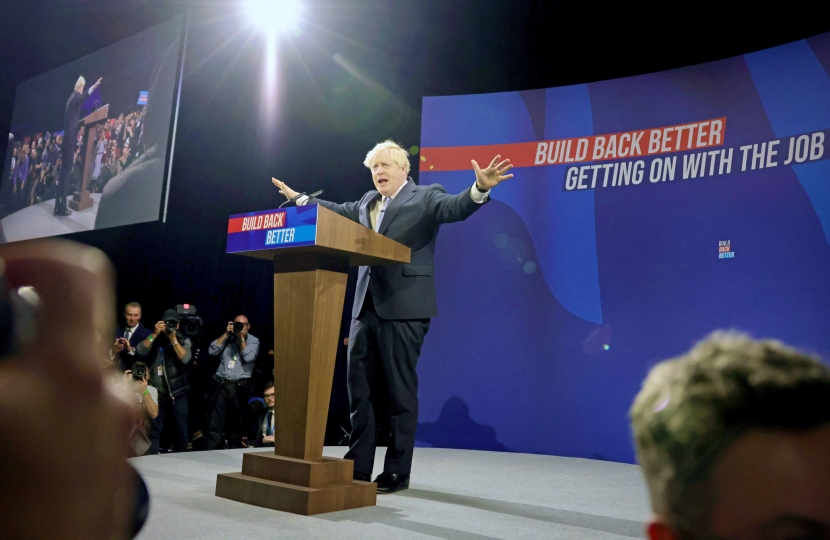 Prime Minister Boris Johnson today delivered his keynote speech at the annual Conservative Party Conference. Addressing the assembled delegates in Manchester, the Prime Minister outlined his vision of spreading opportunity and prosperity throughout the United Kingdom by levelling up the economy and of the importance of investing in transport and digital infrastructure.

The Prime Minister renewed the Government’s commitment to North Wales, saying “transport is one of the supreme leveller-uppers and we are making the big generational changes shirked by previous governments. We will restore those sinews of the union that have been allowed to atrophy - the A1 north of Berwick and on into Scotland, the A75 in Scotland that is so vital for the links with Northern Ireland and the North Wales corridor.”

Following the speech, Aberconwy MP Robin Millar said: “I applaud this Government’s vision of, and commitment to, levelling up our economy – a promise on which I was elected in 2019. I particularly welcome the Prime Minister’s renewed commitment that we heard today to improving digital connectivity throughout the UK, an issue of huge importance to so many people and businesses in my constituency, along with his commitment to upgrading transport connectivity in the North Wales corridor.”

Robin went on to say: “For too long people in Aberconwy and across North Wales have had to rely on aging and over-crowded carriages and infrequent rail services. The A55 is not able to cope with the volumes of traffic it carries and grinds to a standstill when there's an accident or necessary maintenance takes place. I look forward to working with Government at all levels to deliver the transport infrastructure that Aberconwy needs and deserves.”